In 2016, the Museum of Modern Art (MoMA) in New York announced that it had added to its collection the “emoji” that NTT Docomo had originally developed in 1999.
Included in the collection are the 176 different emoji developed for Docomo’s iMode. They have been added to the collection because, “these 12 by 12 pixel masterpieces have allowed visual language to grow.”
These original 176 emoji were to created as one way for iMode users to have more fun and a richer experience when writing phone emails with strict limitations on the number of characters that were able to be used. Before 1999, there was the limitation of roughly three lines per phone email. At this time, Docomo’s iMode service was introduced, and at the same time more remarkable, larger phone screens were also introduced. With the larger screens, more information and functions could be used: happy faces, crying faces or hearts could be attached to emails. With the development of potential new services like horoscope, weather, news, city information, etc., symbols were created for these functions. 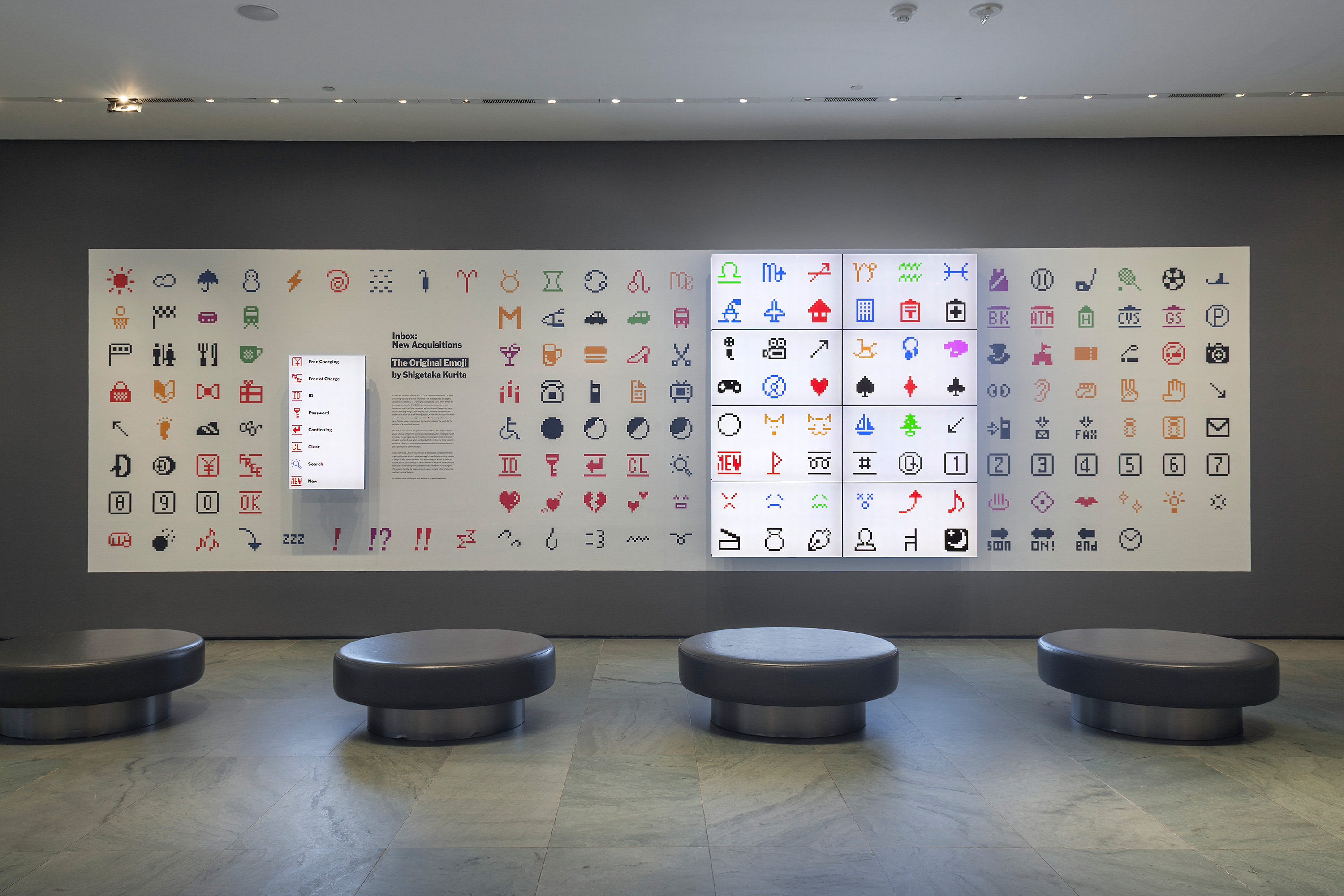 The MoMA exhibition ©The Museum of Modern Art, New York

Originated from a Heart Symbol for Pokebel

The line of thought for the necessity of Docomo’s emoji to attached feelings to phone emails came from the “Pocket Bell” (Pokebel for short), a precursor to the mobile phone. The Pokebel was used to share numbers and text. When they introduced a heart symbol for the Pokebel, it was met with positive reception from users.
With messages where miscommunication was easy to occur, adding a heart made messages softer. Using that experience as a hint, referring to pictograms seen around town, and symbols in manga or information magazines, pictures were drawn, and then made into pixel art.
The emoji were made so many people could recognise the simple and universal high-quality designs instantaneously. The heart symbol, the original inspiration, received a beating heart, a broken heart, two over-lapped hearts and more for a total of five different varieties. 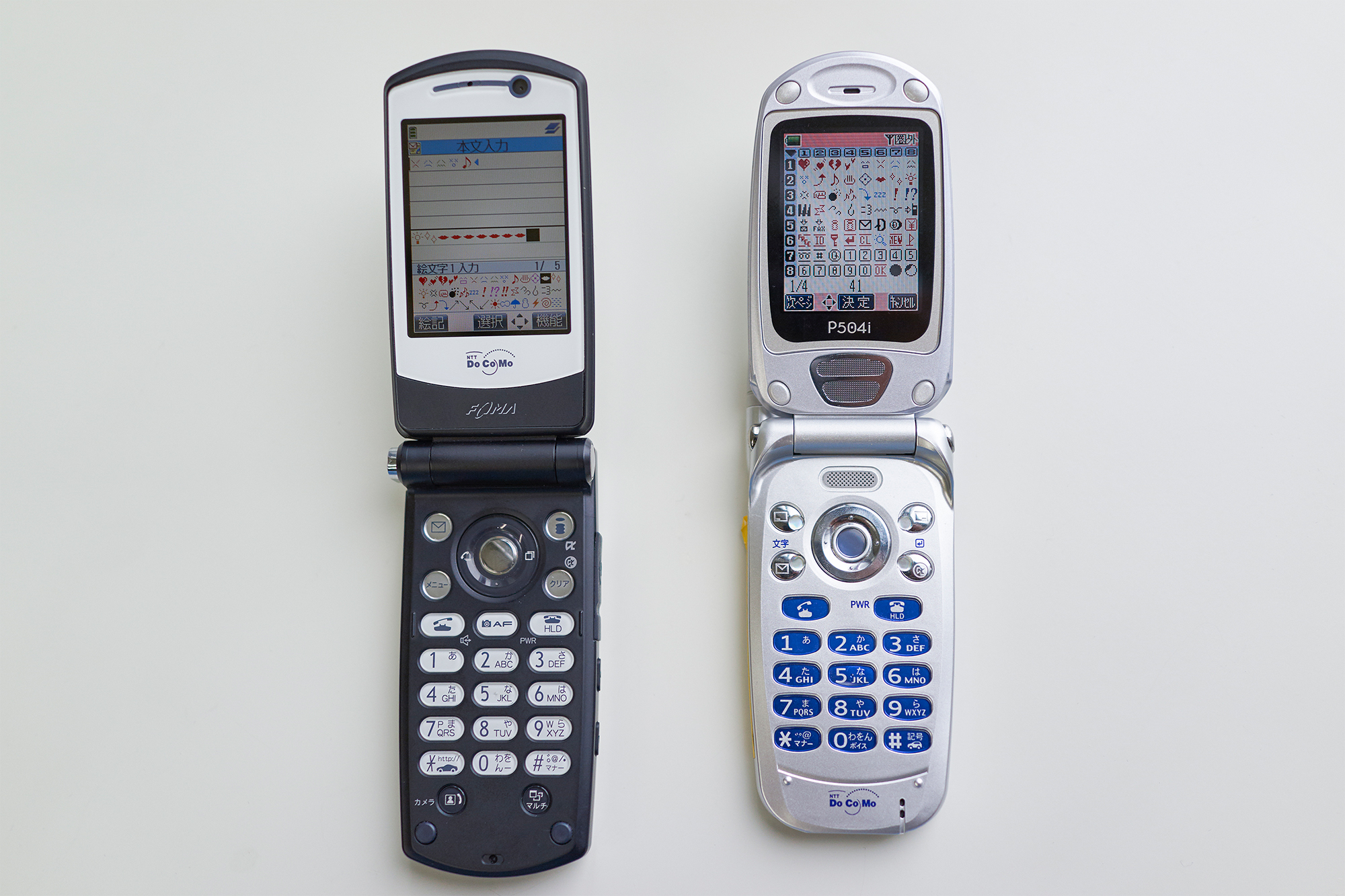 It has been 28 years since the emoji was introduced. From the advancements of mobile phones and the introduction of smart phones, it has become possible to depict more complex and detailed emoji. Currently, Docomo mobile phones, smart phones and tablets have a total of 698 emoji.
Furthermore, mobile phones have become more widespread with users multiplying. From teenagers who have had smart phones in the majority of their lives, to those in their 80s who have seen many technological transitions, it has become an era where every single person has their own mobile device. Docomo has designed a communication service that can be tried and used by all users in the same way.
“This is to feel connected to people and the world whenever, wherever. This is what we want to carefully continue to nurture.” Just in the space of one character, people can feel a connection with each other. For that reason, emoji is “TOKYO GOOD”. 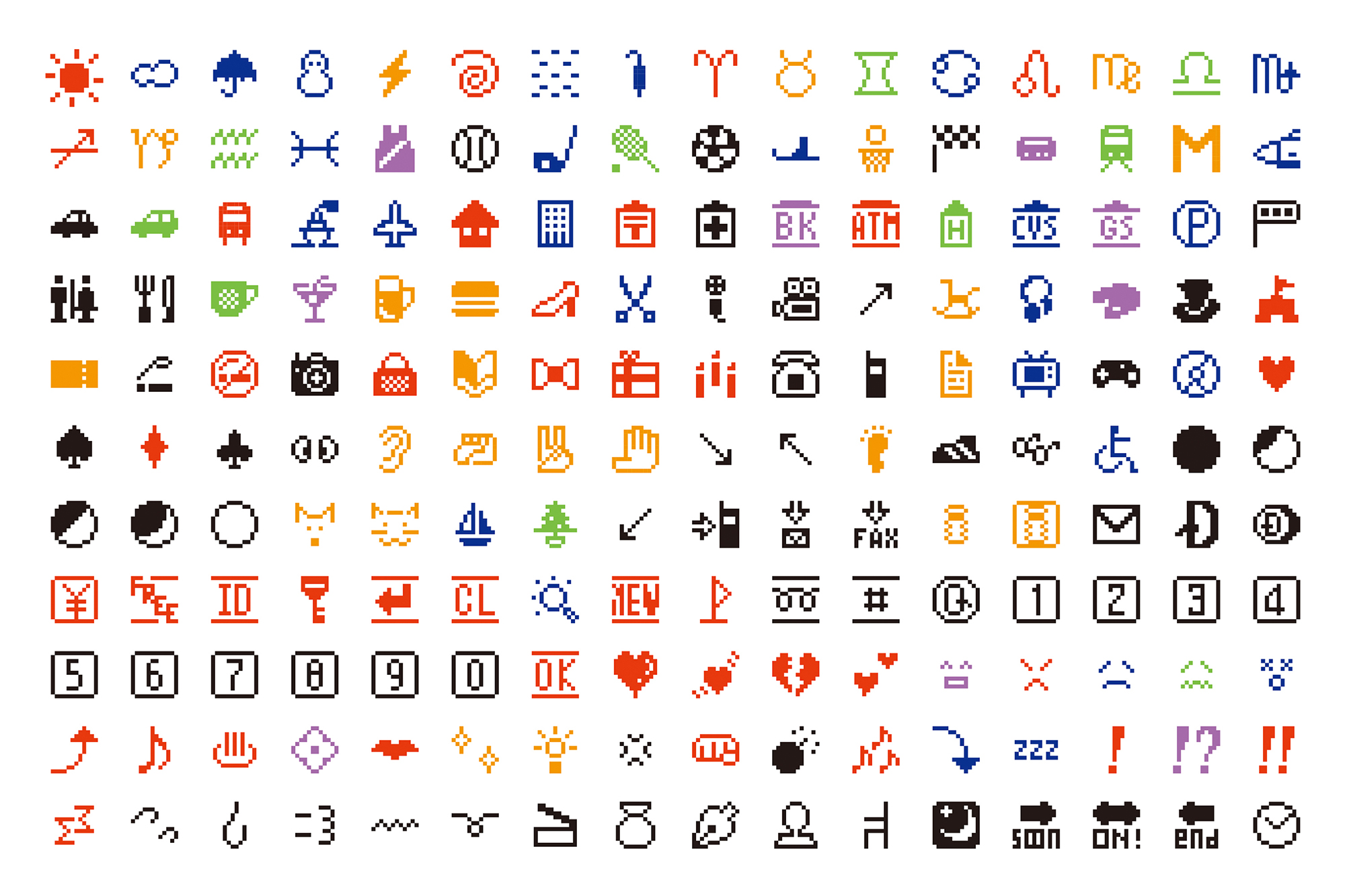 In cooperation with: NTT Docomo