Japanese people often give gifts to each other to show their appreciation or for a celebration. Wrapping is a way to present those gifts more beautifully and elegantly. Nowadays, each shop has their own original wrapping paper and store variety of ribbons and other wrapping materials but when we track down the origin of wrapping, it is said that it started from the use of furoshiki. Furoshiki appear to have already existed by the Nara period but it was in the Edo period when the use of it was widely spread to ordinary people. In 1904, Mitsukoshi Dry-goods Store* (Current Mitsukoshi), Japan’s first ever department store, was opened and buying gifts at a department store became a thing that a lot of people aspired to do. Department stores in those days typically used light brown craft paper, while Mitsukoshi used a special type of paper with the pattern of the Chinese zodiac or an illustration of a new building, which is scheduled to be built.
*Echigoya was founded in 1673 and became Mitsukoshi afterwards.

The Story of the Journey of Flower Bearing Fruit

The wrapping paper ‘Hanahiraku (Flowers blooming)’ was designed by a Japanese artist of Western style paintings, Genichiro Inokuma in 1950 upon request. It is said that the design was born after he saw stones rounded off by rough waves while he was walking his dog along Inubousaki beach in Chiba and decided the theme of his design should be ‘not to be beaten by rough waves’ like those rounded stones. After that, the cartoonist Takashi Yanase, who was in the marketing department of Mitsukoshi, added the Mitsukoshi logo to the design, and then, the design of this original wrapping paper came about. Since then, this has been used and loved for more than half a century. In 2014, Mitsukoshi renewed their shopping bags and the image named ‘Minori (fruit/harvest)’ was designed by Kunihiko Moriguchi, who is a yuzen (Japanese traditional process of dyeing) artist, as well as a living national treasure. The geometric pattern depicts ripened apples ready to be harvested. With the theme of wrapping paper being flowers blooming and the shopping bags being a fruit harvest, they symbolise the start and the end of a story.

Extreme Care Put in How to Wrap Items

When it comes to wrapping, Mitsukoshi tries to minimise unnecessary use of tape to realise the most beautiful wrapping and to please the person who receives the gift. If it is a small item, they apply tape to only 1 place and they put tape in only a few places to wrap even big items. By doing so, the wrapping paper opens like a flower blooming when it is unwrapped by removing the pieces of tape one by one. Also, if the gift is for a celebration, they wrap it up so that the right side folds on top and leaves the edge of the bag opening upward to wish more and more happiness fall into it. In the event that the gift is to comfort from unwanted events, they wrap it so that the opening of the wrapping paper comes downward to help all the disasters drop off from there. These styles of wrapping were developed from furoshiki culture or the use of gift money envelopes. People take so much care and attention with gifts. Hopefully, this good custom will get passed on into the future, from generation to generation. 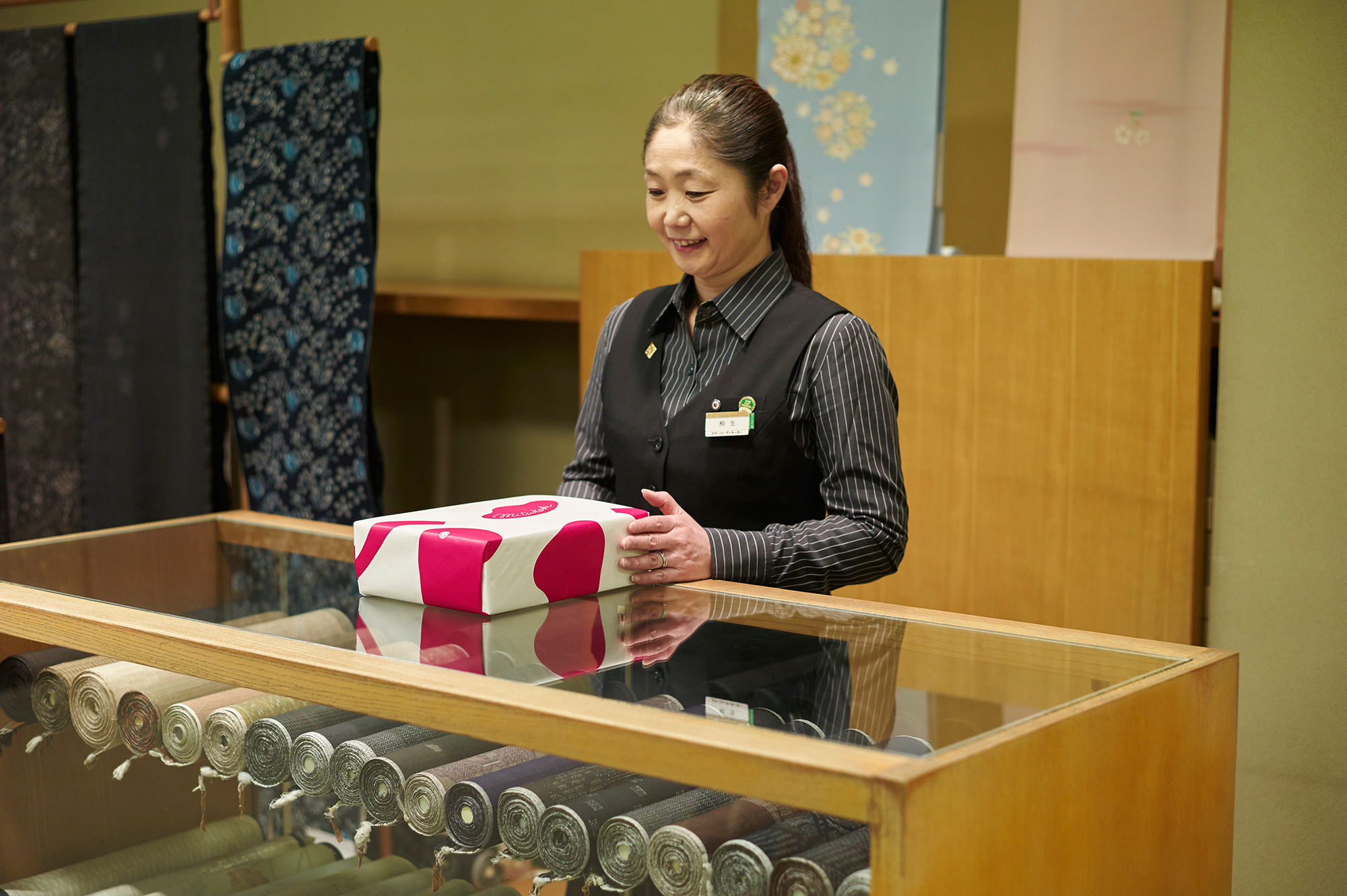 The staff at Mitsukoshi put the ‘love’ of the gift giver into the care they take to wrap it. 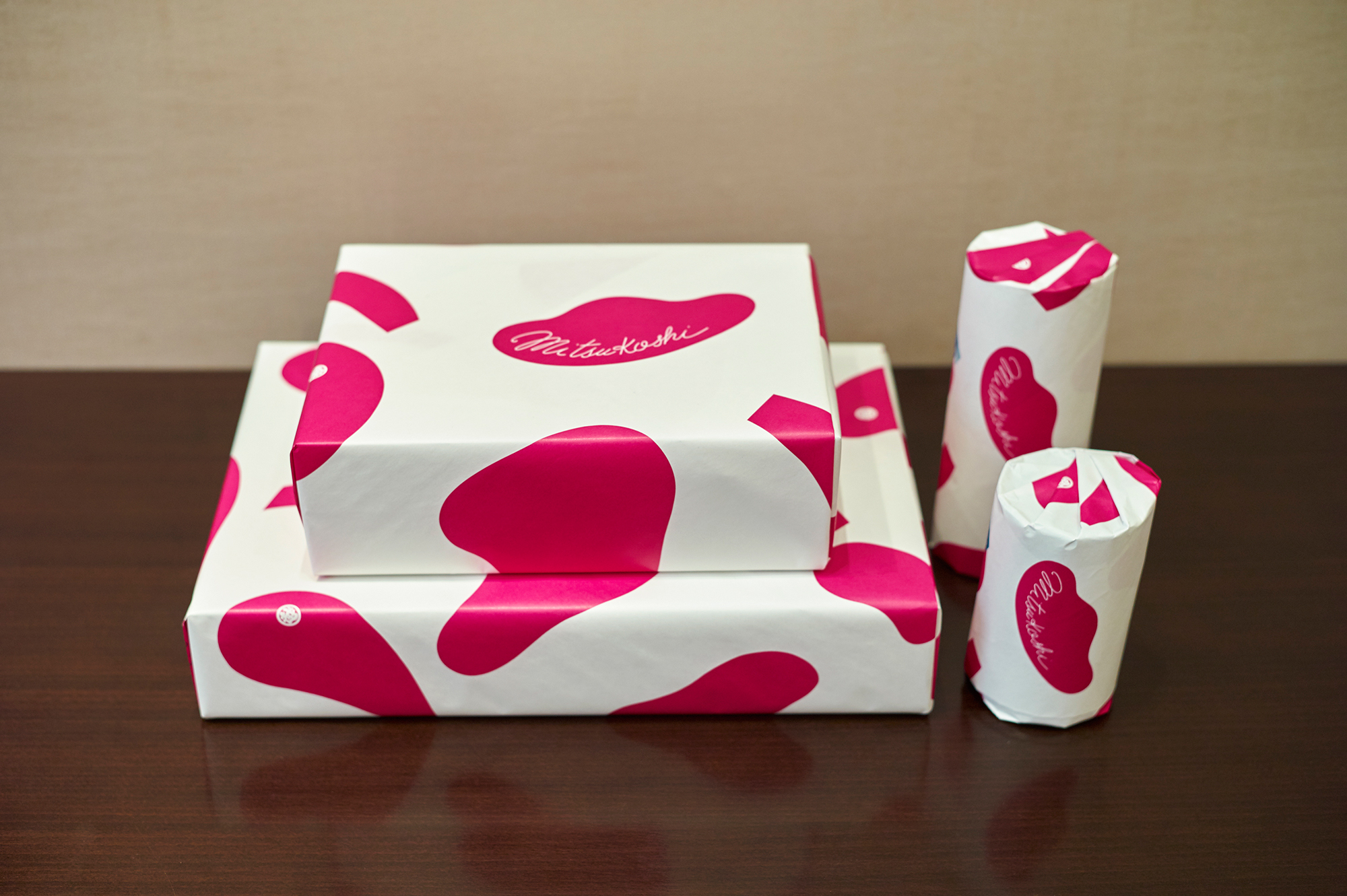 Any item gets wrapped so that the Mitsukoshi logo is in prime place on top. 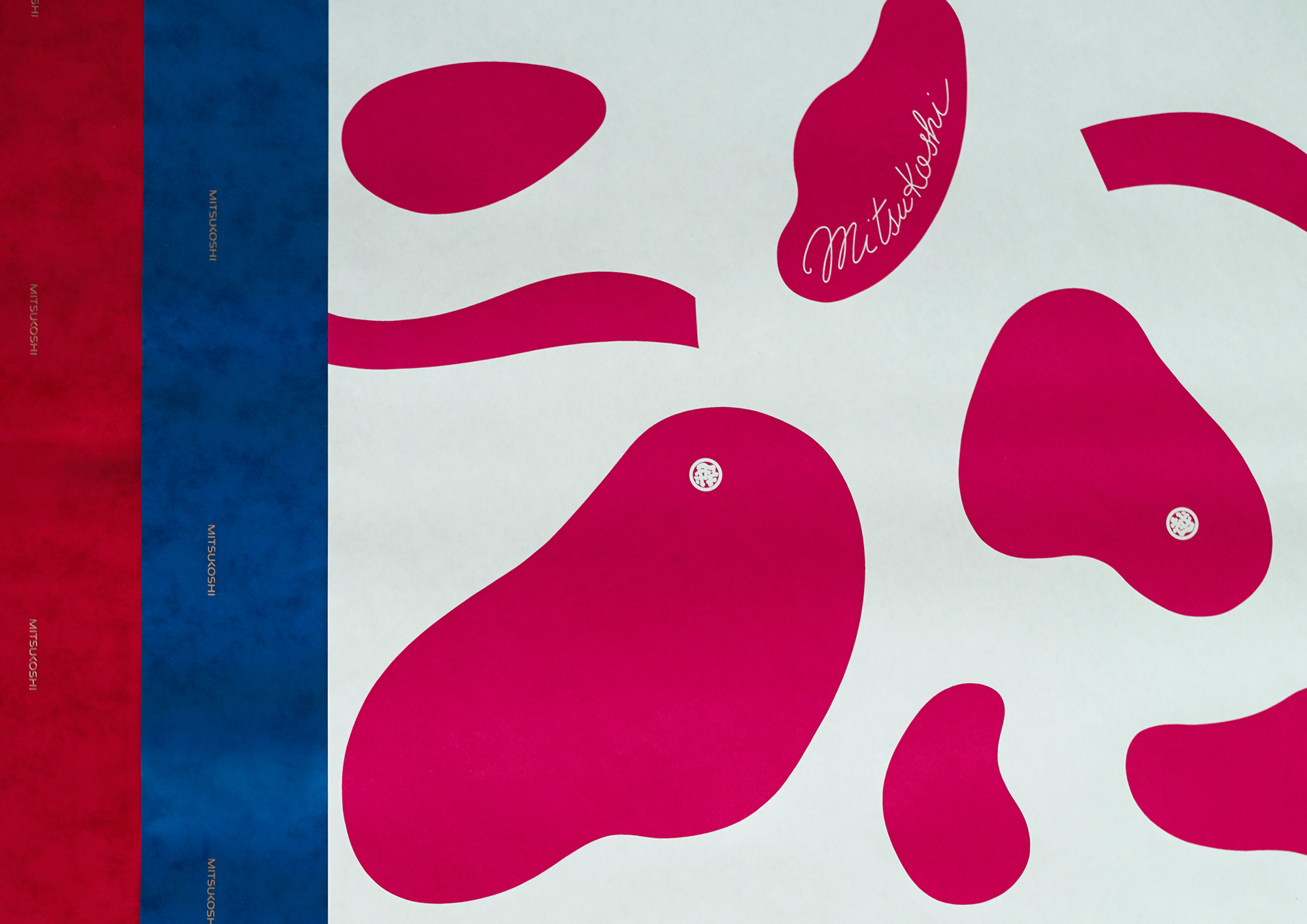