Operating On Time is the Standard

‘This plane is about to take off.’ This is a typical announcement for the passengers on the plane. At JAL, which was crowned as No.1 in the world in 2015, and the No.1 in Asia and the Pacific regions in 2016 for the Annual On-Time Performance Service Awards (*1,2), 90% of their planes operate on time. How do they ensure on-time service under circumstances where the climate changes every minute? Actually, the secret is in the short amount of time after the airplane has landed. First, the ground handling staff guides the landed plane to the aircraft parking apron. Then, the boarding bridges get connected to the plane so that passengers can get off the plane at the same time as they unload and load the luggage for the new flight. To maintain the good balance of the flight in the air, the special staff calculates the weight of the luggage in advance. The pilot and the aircraft mechanics inspect the plane and the cleaning staff replaces the passengers. The preparation for the next flight starts at the same time as the landing.

*1. Flight Stats, Inc.
It is based in Portland, Oregon, USA and the president of the company is Mr. Jeff Kennedy. It was founded in 2001. They compile and publish the statistical data by airline or airport, and the data has been widely introduced in media all over the world.
*2. On-time arrival
According to Flight Stats’ condition of “on-time”, the airplanes must land within 15 minutes of scheduled arrival time. 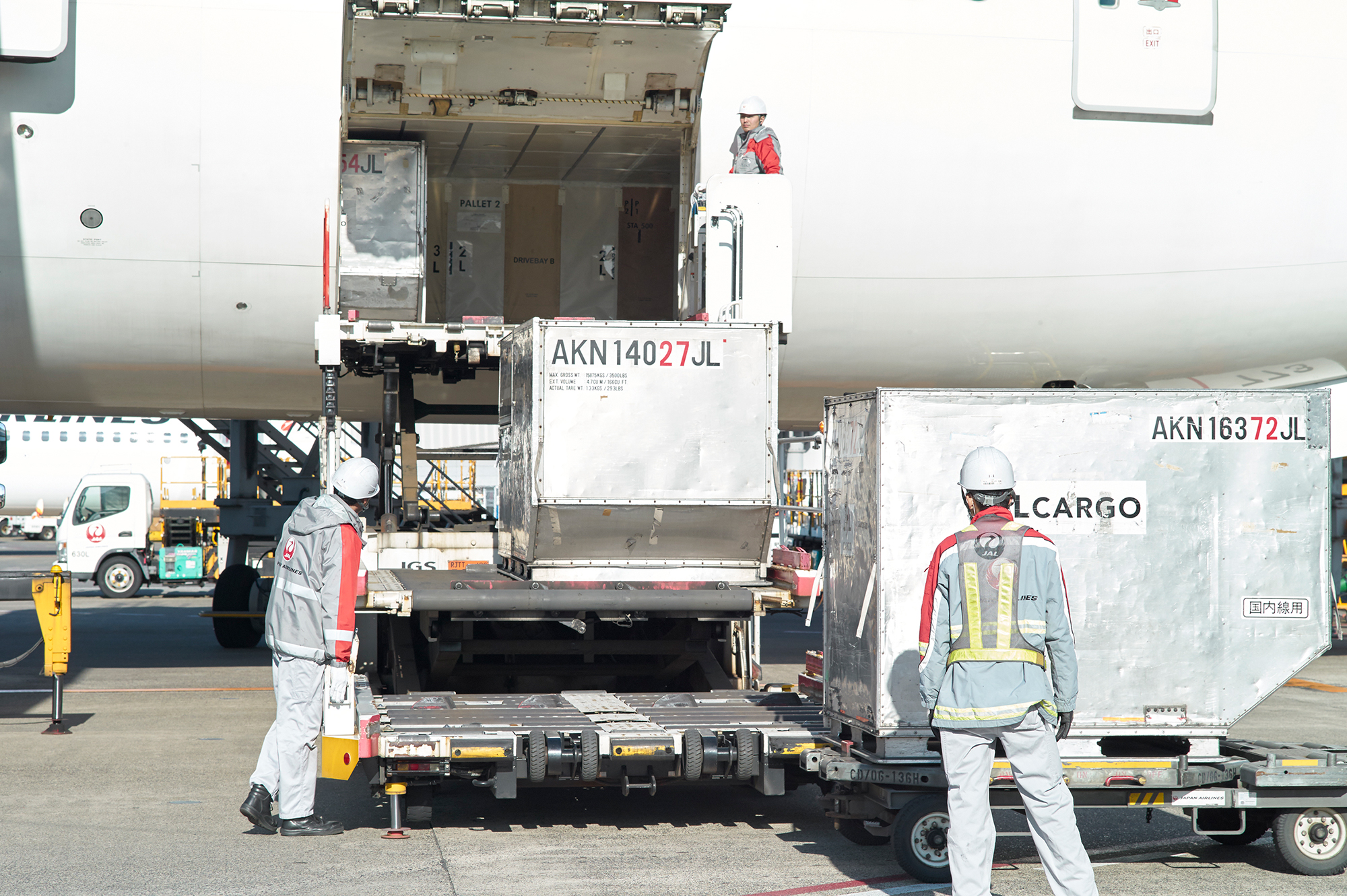 The luggage gets unloaded through the conveyor belt as soon as the plane lands and the luggage for the next flight is loaded.

Less than Half an Hour until the Next Flight

The cleaning staff quickly collects the used earphones and trash left in the seats, replaces the airplane magazines and replenishes the amenity goods. If the landing gets delayed, they increase the amount of cleaning staff or cabin attendants also help with the cleaning. The plane gets refuelled and supplied with electric power. They start the preparations for the next flight inside and outside of the plane immediately after landing. While all these things are happening, the passengers gather at the boarding area 10 minutes before take off. The gate staff starts making preparations such as guiding the passengers to board from the back seats to front to avoid crowdedness inside the plane and searches for the customers who haven’t arrived at the boarding gate. Once the preparations for the next flight are finished, they guide the passengers onto the plane. There is not even a second wasted in the flow of this operation. 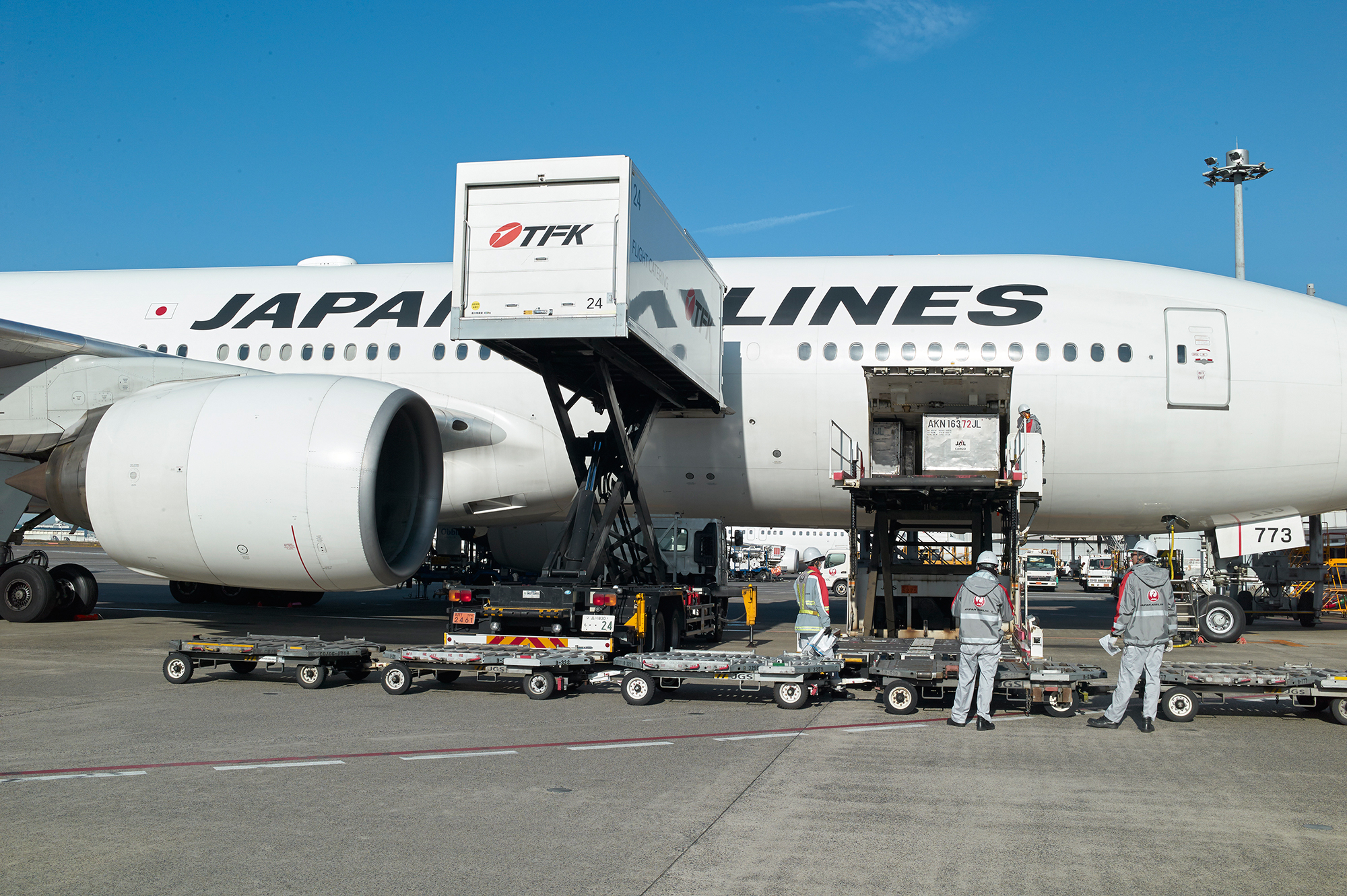 If there are some passengers who are extremely late for the flight, the airport staff and pilots make the decision together how long they will wait for those passengers. When bad weather is expected, because the seat-belt warning light is likely to be on for a longer time period after taking off, the airport staff advises the passengers to go to the bathroom before boarding. Cabin attendants and pilots share the information about the expected time for turbulence and so that they can arrange times for food service. After confirming that everyone is securely seated, the plane starts to move. The ground staff guides the plane to the taxiway, then sees them off waving. JAL’s on-time operation is supported by each member of its staff wishing the passengers a safe and comfortable flight. 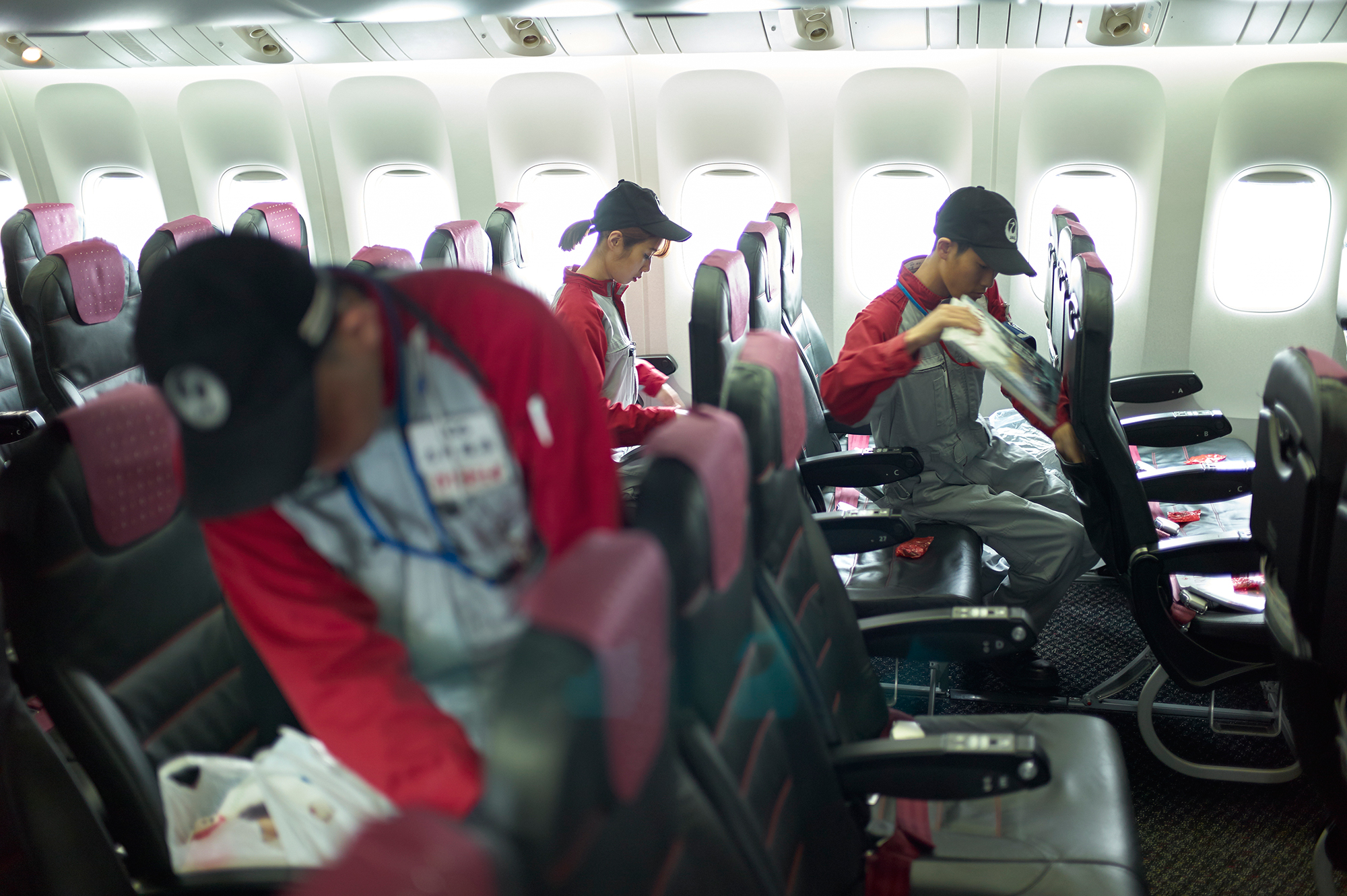 All cleaning staff multitask. The cleaning is done in no time.